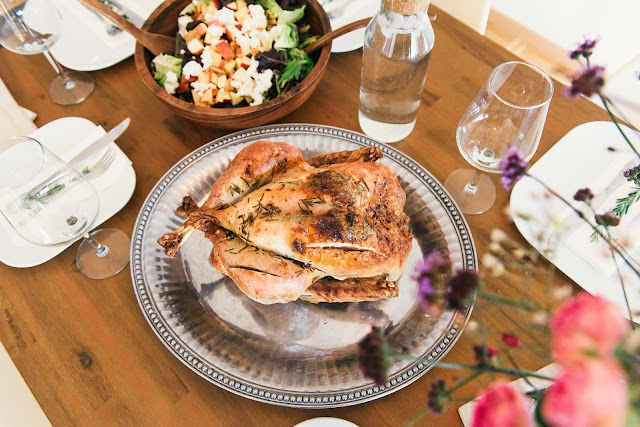 When Prince Harry proposed to Meghan Markle the couple was sitting down to a nice roast chicken dinner. It's been reported that it was a special meal that he had prepared for her, setting the scene for him to pop the question.
Carolyn Robb knows all about Prince Harry's love for chicken — she was hired as the royal chef in 1989 and for the next decade, prepared meals for a young Prince William and even younger Prince Harry.

Robb tells the Daily Mail that the boys loved treacle tarts and Eton Mess for dessert and Prince Harry loved his chicken: "Roast chicken was a favorite on the nursery menu, so I’m not surprised that Harry is said to have proposed to Meghan while enjoying a roast chicken dinner."
It's a simple and flavorful way to prepare chicken and if Prince Harry loves it then it's worth a try!
Serves 2
Ingredients
Method
Posted by Mira Iliadu at 3:15 AM